I'm happy to report that I survived the first four days of my diet. I did not go on a destructive rampage, although it was comforting to know that I had an instant posse to count on in case I decided to go postal.

Only four pounds left till "Juno." :)

Clever but Wrong: How to fail math and science tests with dignity 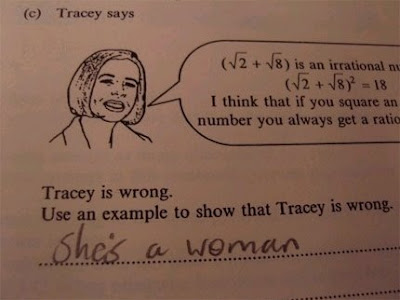 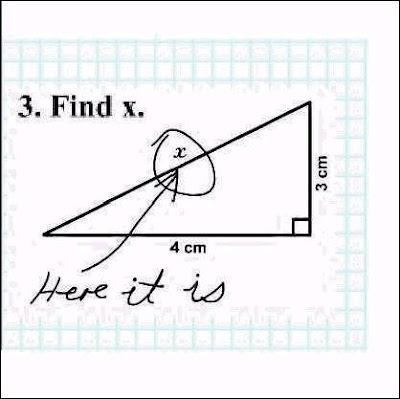 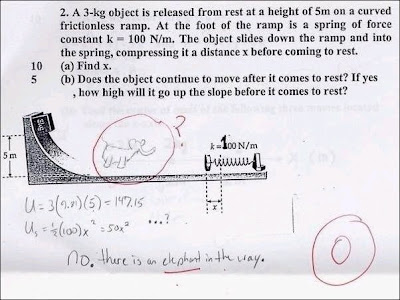 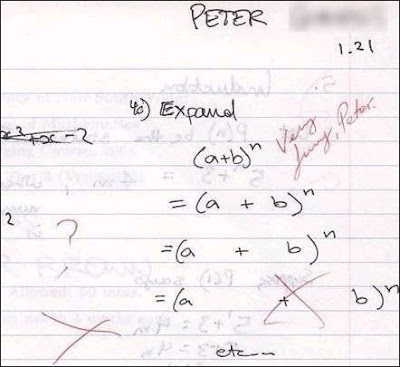 I hate watching what I eat

But I have to. No choice. And I'm in a really pissy mood right now because I feel like binging on, I don't know, about five candy bars or something.

Anyhow, I've set some new weight-loss goals for myself. I need to lose over 90 pounds just to reach a healthy weight. My sister suggested thinking of it as losing ten pounds nine times. So maybe I'll do that. I need to lose ten pounds. I can do that, right?

My reward for losing ten pounds will be to buy a copy of "Juno," my favorite movie from last year.

Now, excuse me while I go fix myself some chocolate milk without chocolate.

Here's a fun marital rating system from 1939, and it actually appears to be real.

64% of you would rather give up sex than hot water.
36% would say "bye bye" to hot water forever.

Early on in the polling, an overwhelming number of respondents were not willing to give up hot water. When I told a coworker, he said, "You must not have very many guys who read your blog." 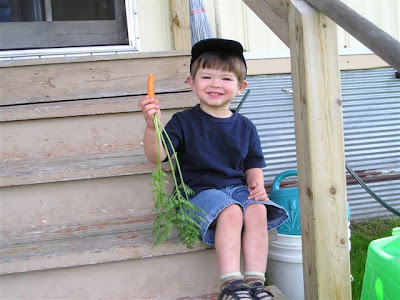 So, do you think that Time magazine headline ("Spray-On Condoms: Still a Hard Sell") is intentional?

We got Seth a dog a couple of months ago. Noni. Here's a pic. 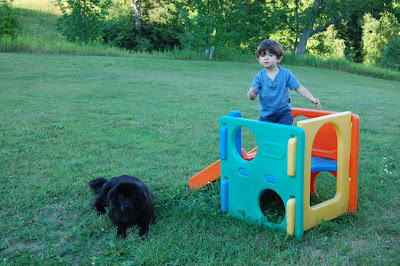 She a mix: Newfoundland lab and chow. Three years old. I'm not really into dogs (or any animal, for that matter), but I guess I'll do anything for Seth.

Should've gone to FreeCreditReport.com.
I could've seen this coming at me like an atom bomb.

Okay, does anyone ever see an atom bomb coming at them? Isn't an atom bomb actually one of those "never knew what hit 'em" situations? If so, that means that, by their own admission, it doesn't help a whit to sign up for FreeCreditReport.com.

Sorry. I know I should get a life, but it's been bugging me for awhile.

"Sex not always important to folks"

That's the headline for the current ninth most popular article at CNN.com. So far, my poll takers would agree. Most of you would rather give up sex than hot water. If you haven't voted yet, tell us what you'd rather give up. (Poll is at the right, under the Twitter stream.)

Wall street bonuses expected to decline by 15 to 45%

The executives deserve it, but I do feel bad for the regular joes and janes who also work at these places. They're going to take a hit, too.

Jane in the news

It is a truth universally acknowledged that Barack Obama must continue to grovel to Hillary Clinton’s dead-enders, some of whom mutter darkly that they will not only not vote for him, they will never vote for a man again.

According to this CNNMoney.com article, "The average [American] household spends $514 a year on lotteries."

What? $514? That's just an average, mind you, which means lots of households have to be spending lots more in order offset households like mine that spend roughly... hang on, carry the 1... ZERO dollars on lotteries.