I hate the fact that I have to stop and think now to remember how old I am. I'm reduced to counting decades on my fingers. I guess I should be happy that I still remember what year I was born, which allows me to do the calculation. If I come to a point where I don't even remember the year, I should just toss in the towel, right?

Seth figured out how to open the gate at the top of the basement stairs. We're still going to leave it up. It offers us a precious few seconds to stop him from tumbling down.

I lost all my customizations when I applied this new template, and I'm working on getting the blogroll up and running. Please don't feel slighted if your blog is missing. It just means I haven't grabbed your link yet. :)

And he eats children, too

Huckabee is taking Romney to task for discarding his chicken skin. According to the CNN article:

Mitt Romney's failure to eat fried chicken with the skin on is nothing short of blasphemy here in the South, according to GOP rival Mike Huckabee.

Of course, it turns out that Huckabee doesn't eat fried chicken at all "because of his weight loss program, preferring it broiled or baked instead." But if he were healthy, by god, he'd be clogging up his arteries with the good stuff.

Update: It occurs to me that I'm really not giving this subject the seriousness it deserves. I mean, Romney won't eat the skin of fried chicken. You know what this means, don't you? He's a Communist! That's right, a Communist running for the Presidential nomination of the Republican party. I'll bet if you offered him a deep fried Twinkie he'd refuse. Now, that's just plain un-Southern and un-American.

Last weekend, I had the mortifying experience of hearing my toddler say those words at Grandma's house. "Fuck, fffffffuck." Extra emphasis on the "f" and "k." Unmistakable. Grandma was properly horrified. "What did he just say?" I replied that maybe he was trying to say "truck." Lame, I know, especially since the boy has been properly saying "truck" for months. But what can I say? I don't think well when mortified, and worse, I didn't want to admit the truth: that he must've heard one of his parents say it.

Yes, it's true. Most people think I don't swear because I don't do so in regular conversation. But when I sit in front of my computer working on something that isn't going well, or reading a frustrating e-mail from a coworker, really bad words come out of my mouth. It's a habit I haven't been able to break. I didn't think I ever said anything unsavory in front of Seth, but his new favorite word said otherwise.

Bob says the word from time to time when he gets really mad over something, such as trying to replace a part on a vehicle but breaking another part in the process. A fifty-dollar mistake will do that to a man. But what the heck? Surely Seth had heard his Daddy say "shit" many more times than the f-word, yet he wasn't walking around saying "shit" for fun.

I thought perhaps he heard it on television. Bob and I haven't regulated our viewing habits at all, which is how Jon Stewart from the Daily Show recently taught my little boy how to say "dammit." So yeah, that must be it, right? We must've been watching an R-rated movie. Seth didn't hear it from us. It must've been the TV. (This is known as "grasping at straws.")

I've spent a week lamenting over this. Out of nowhere the kid will start saying it. At first I tried ignoring him, but the word seem to hold a special fascination, despite the fact that I purposely made sure I didn't overreact. I didn't want him to learn that Mommy had a special freak-out button and all he had to do was swear. When ignoring didn't work, I started to correct him. "No, Seth. That's a bad word. It's naughty." Out of desperation, I even began to offer other words he could say instead. "Seth, don't say that. You can say, 'shoot.'" This backfired monumentally because later on I became upset over something and shouted, "Shoot!" Seth replied, "Fuck."

Yesterday, the mystery was finally solved. I learned the source of the dreaded word. Care to guess?

We were in the living room together when he picked up his stuffed animal and said, "Fock." So after all this agony, it turns out my little guy just can't quite say "frog."

Yes, the e-mail variety. Where else could I learn such priceless maxims as:

A penis is a terrible thing to waste.

Most of you are anti-New Year's Resolutions:

Don't forget to check out the new poll! 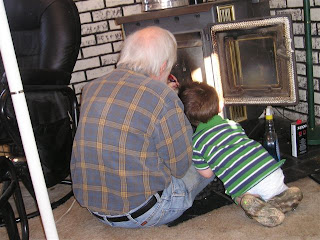 After finding alcohol in her son's car, [Jane Hambleton] decided to sell the car and share her 19-year-old's misdeed with everyone -- by placing an ad in the local newspaper.

The ad reads: "OLDS 1999 Intrigue. Totally uncool parents who obviously don't love teenage son, selling his car. Only driven for three weeks before snoopy mom who needs to get a life found booze under front seat. $3,700/offer. Call meanest mom on the planet."

The son claims a friend left it there. I wonder if they're still friends.

I received some spam in my account today with a subject line that indicated I needed to restore account access. I wondered how it eluded my spam filters, so I couldn't help opening it. The message said:

I suppose that once I hand over all my confidential information, these spammers plan to wait until April 1st before changing my password and blocking my access.

I'm a bit of a political junkie, but I hate conflict, so I never mention politics on my blog. I don't want to start any debates. Having said that, I just can't help complaining about Iowa and New Hampshire's favored status. Why do they always get to be first?

While listening to "All Things Considered" tonight on my way home from work, one of the reporters was talking about how generally well-informed Iowa voters are, and talked about one woman who'd made a point of going to see all the candidates speak.

Well, gee, isn't is nice that she had the opportunity to do that? The candidates spend days campaigning in Iowa. John Edwards visited every county twice. Of course she went to see all the candidates. Hell, the candidates came to her doorstep.

If a presidential candidate ventures into my state, Michigan, you can bet s/he is hours away from where I live. S/he'll stop in Detroit, or maybe someplace like Grand Rapids, and then head out to someplace else. If a candidate came anywhere near my county, you'd bet I'd go see him or her speak.

One time, Dan Quayle came to my hometown. Hoo-ray.

It just doesn't seem like a particularly equitable system when two small states get so much attention. How about a little diversity? Would that be such a bad thing?

Maybe I should just move to Iowa. I wonder if they say "pop" there, or if it's called "soda."

"Pop" received an overwhelming majority of votes -- 81, in fact, which means that at least one person voted for it many, many times, because I know that I don't have that many people in the world interested in my blog. :) I thought I restricted votes to once every 1000 hours, but I guess not.

I didn't make any. I kept most of my resolutions last year, though.

Last year I made resolutions I knew I could keep, and one was to hug Seth every day. I failed! I went down to the Christmas craft show in Kalamazoo and was away from Seth for three days and two nights, hence no hugs. Bad mommy.

I was fussing with my new camera when I heard a slurping noise followed by, "Ahhhhh." Seth was drinking something. I didn't give him anything to drink. Upon investigation, I found that he'd managed to remove the cap from the Children's Motrin. (I don't pretend to think he's a child genius who can thwart child-proof caps. I think his parents are unfit and failed to tighten it properly. We also left it out on the counter where he could easily reach it by dragging a chair and climbing up.) Anyhow, he poured himself a shot using the measuring cup that comes with it and drank probably five times the recommended dose for a child his size.

As I was online, frantically looking up ibuprofen overdose to see if he was about to get his stomach pumped, Seth dragged another chair over to the coffee maker and poured a half-full pot of coffee everywhere.

The good news in all this? The coffee was cold and the amount of medicine he ingested required "at-home observation." Everything is fine. No trip to the hospital for stomach pumping required.